I’ve been thinking about self-improvement lately, as I often meet folks who want to be a better person – either for themselves or so that their life might work a little better.

For some of us it’s about turning past regrets into more positive future actions and behaviour. There’s a lightness and confidence that acknowledges the past but is free of shame; we acted according to the best thinking we had at the time, and new thinking means new action.

But for some of us there’s a hidden fear that lies within our desire to do better, to BE better. A voice in our head – sometimes quiet, at other times articulated to others – tells us that we need to ‘work on ourselves’ because we are, at heart, broken.

We’re too much or not enough (usually too much of the ‘wrong’ thing and not enough of the ‘right’ one); we’re bad or defective (as our failed relationships, past traumas, and failures prove); we’re lacking in whatever’s crucial to being loved and accepted by another.

(Confession: I used to attend LOTS of online summits, without knowing that this was driving my motivation.)

We end up wrestling to ‘fix’ ourselves, in an attempt to avoid future pain, rejection, or discomfort.

And there’s the rub: the word ‘fix’. Because even if we’re not aware of it, it’s intrinsically linked to the concept of being broken, flawed, and wrong.

(I don’t know anyone who responds well to being considered broken, flawed, or wrong. Do you?)

So when I was flicking through my copy of Rich Bennett and Joe Oliver‘s great Acceptance and Commitment Therapy: 100 Key Points and Techniques, my eye was caught by chapter 73; “Our clients are stuck, not broken”.

And really, if change is life’s only constant, then movement is built into the system.

(Simply noticing that something is stuck can get things – like our thinking – moving again.)

There’s a tremendous sense of kindness in ‘stuck’ versus ‘broken’; a release from fixating on a fix, from hiding what we consider the aspects of ourselves that others may judge and reject us for.

Because ultimately, we can never be broken.

Photo by Anastasia Shuraeva from Pexels

Click here to receive my short monthly newsletter full of what to read, what to do, and blog posts!

Click here to receive my short monthly newsletter full of what to read, what to do, and blog posts! 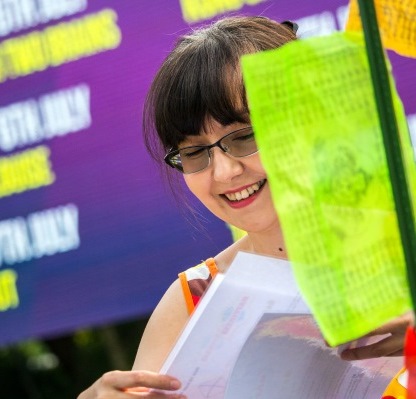 I’m a volunteer and Head of Content for the Museum of Happiness, a non-profit which shares the art and science of happiness in fun and playful ways.

I combine EFT and NLP training, and my interests in the 3 Principles, polyvagal and attachment theory, in fun and intuitive ways to have more meaningful conversations about the nature of being human.